The Colleges of Education Academic Staff Union has directed its members nationwide to immediately withdraw their services until pending issues it has with the Nigerian Government were addressed.

President of COEASU, Nuhu Ogirima, made this known during a press conference in Abuja on Thursday.

Ogirima accused the government of failing to provide outstanding N441bn resulting from the recieved NEEDS Assessment of the Federal Colleges of Education.

According to him, the government had disappointed Nigerians given that in the education sector almost all unions were embarking on strike over poor funding and neglect.

The COEASU President regretted that many correspondences sent to draw the attention of the government to attend to the demands of the Colleges of Education in the country failed.

According to him, the development had left the union with no option than to begin a series of actions, which will lead to full blown nationwide strike as soon as school reopens.

He said, “We have directed our members nationwide to withdraw their services with effect from today.

“It is quite evident that the union’s agitation is an existential struggle geared towards revitalisation of the COE system. As the main entity for the training of the teachers and managers of the foundation level of the nation’s education system, the sustained neglect of COEs portends a grave implication for the development of the entire educational system.

“So, the union hereby formally declares that all options are open for an industrial action against the Federal Government and some notorious state governments. The public should take notice that the NEC shall reconvene shortly to unveil the series of measures that the union shall take towards bailing the COE system from the doldrums and further decadence inherent in the wanton neglect by the government.” 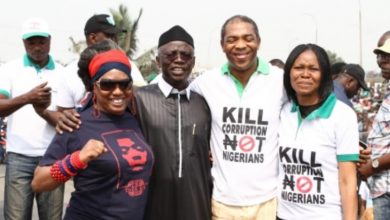